The U.S. Fish and Wildlife Service’s Pacific Islands office and the Hawai’i Department of Land and Natural Resource’s (DLNR) Division of Forestry and Wildlife have been working with other conservation partners to understand and apply novel mosquito control techniques in Hawai’i to help maintain and expand dwindling populations of Hawai’i’s native forest birds. These forest birds are severely threatened by avian malaria, a disease primarily vectored by the non-native mosquito Culex quinquefasciatus. Working with various partners, the Hawai’i Team has reviewed emerging vector control techniques/technologies that can be applied at a landscape scale. The Hawai’i Team’s current focus is the development of a mass rearing pipeline for C. quinquefasciatus infected with Wolbachia, a bacterium known to cause cytoplasmic incompatibility (i.e. sterility after mating). Releases of these mass reared mosquitoes will then be used to reduce populations of wild C. quinquefasciatus in forest bird refugia using an integrated pest management approach with emphasis on the Insect Incompatibility Technique (ITT Wolbachia). Although capacity will be developed for the mass rearing and release of Wolbachia infected C. quinquefasciatus, management can be modified easily to incorporate more efficient technologies for mass rearing and release as they are developed and approved to address other non-native mosquito species known to be vectors of public health diseases in Hawai’i.

In 2016, the management approach was further refined and reviewed at multiple workshops, including one co-organized by the Hawai’i Team and the Hawai’i Exemplary State Foundation. This workshop was convened in order to represent and review the technologies as well as develop collaborations with governmental and non-governmental organizations within and outside of Hawai’i. The outcome of the workshop further reinforced the necessity and feasibility of C. quinquefaciatus control in Hawai’i, as well as the control of other mosquito species (workshop report). Following this workshop in early 2017, the Hawai’i Invasive Species Council, an inter-departmental collaboration of all of Hawai’i’s government state agencies passed resolution 17-2 “Supporting Evaluation and Implementation of Technologies for Landscape-Scale Control of Mosquitoes, With a Focus On Mitigating Both Human and Wildlife Health Risks).

A collaboration of State, Federal, private, and non-profit organizations have come together as Birds, Not Mosquitoes (BNM) to evaluate the potential for control of mosquitoes on a landscape-scale in Hawaiʻi.

Specifically, the purpose of BNM is to coordinate and advance efforts to develop, permit, test, and register for conservation for use as a biopesticide a Hawaiian strain of Culex quinquefasciatus mosquito carrying the Wolbachia bacteria that leads to population suppression and reduces disease prevalence in native forest birds.

The project is funded in part by the American Bird Conservancy, Hawaiʻi Department of Land and Natural Resources, U.S. Fish and Wildlife Service, National Fish and Wildlife Foundation, and the Hawaiʻi Invasive Species Council. 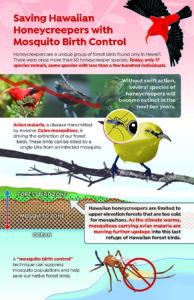 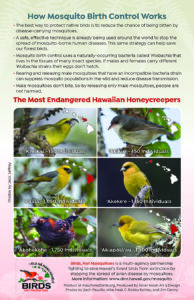 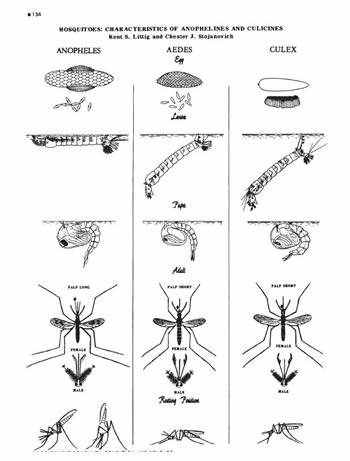 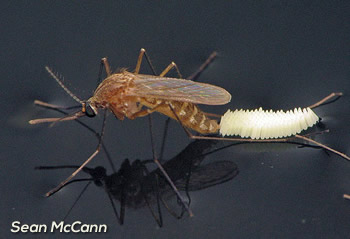 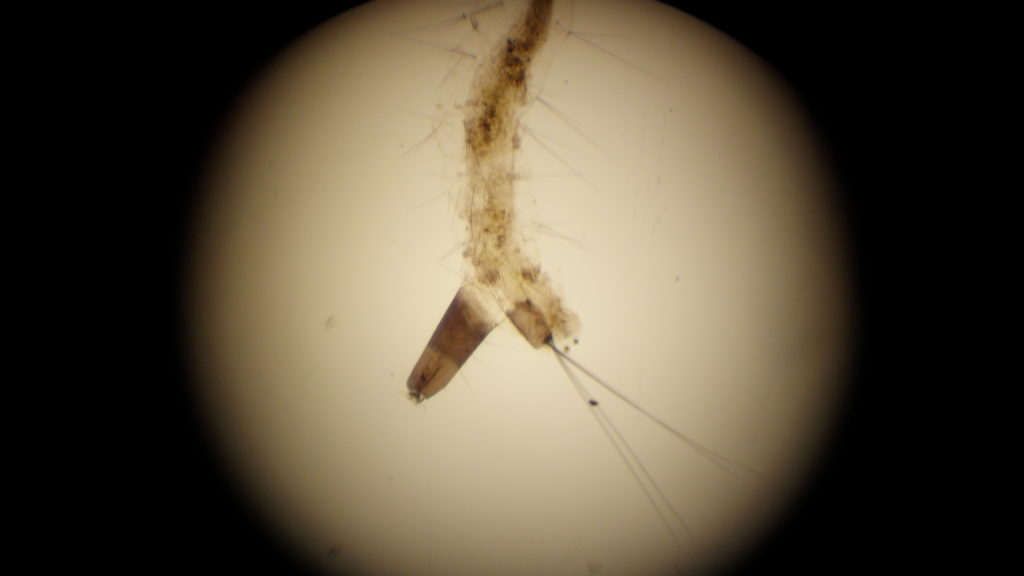