Cats are one of the predators that were introduced by humans to the Hawaiian Islands. The State of Hawai’i Department of Health estimates that there are 500,000 cats on the island of Maui. Thousands of these are feral, non-domesticated animals left to hunt and capture prey in the wild.

Feral cats (Felis silvestris) inhabit most environments on the Hawaiian Islands, including wet, montane forest environments where native forest birds are found. Cats and cat signs (scat or tracks) have been observed in Hanawi Natural Area Reserve, The Nature Conservancy’s Waikamoi Preserve, and Haleakalā National Park by Maui Forest Bird Recovery Project staff members as well as outside researchers. Cat scat found within Hanawi contained the remains of both nestlings and adults of native and non-native bird species. Cats utilize a wide range of food resources including eggs, nestlings, and adult birds. Forest birds that forage in the understory, such as the Po’ouli and Maui ‘Alauahio, are especially vulnerable to cat depredation.

Depredation by feral cats has had serious negative effects on populations of avifauna and have been associated with extinctions of various types of species throughout the world.

Effective predator control of these animals helps to alleviate their impact on forest bird populations. Feral cat colonies should not be supported not only for the birds, but for human and cat health. Spaying and neutering pets and keeping pets on leashes or indoors also helps. See the American Bird Conservancy’s website for information about Keeping Cats Indoors and supporting better cat management.

USGS Feral Cats: Too Long a Threat to Hawaiian Wildlife

Research from numerous, peer-reviewed scientific studies have demonstrated the inability of TNR to permanently reduce feral cat colony populations or the threats that they pose to humans and wildlife.

TNR supports a system that essentially causes cats to be re-abandoned in an environment where they are vulnerable to harm or death in many forms. Once cats are re-released after treatment, they are still susceptible to diseases such as toxoplasmosis and feline leukemia, collisions with cars, and fighting or competing with other wildlife for resources. These threats lead to inhumane conditions and result in a feral cat life expectancy of 5 to 6 years, whereas their indoor counterparts live 12 to 15 years (Nachminovitch 2017). Daphna Nachminovitch, senior vice president of cruelty investigations for People for the Ethical Treatment of Animals (PETA), considers management options such as TNR as an inhumane option for managing feral cats and stated, “Cat abandonment is illegal because it’s inhumane, and it’s not the answer to the homeless-cat crisis.”

Further studies have shown that TNR and feral cat feeding stations fail to reduce cat colony size and contribute to new additions to cat colonies. On numerous occasions, TNR has been shown to encourage current cat owners to illegally abandon their cats because they know that their cats will be “taken care of” (Nachminovitch 2017). Studies have also disproved the idea that resident cats keep new cats from feeding or joining the colony, which means that abandoned cats can establish in and add to colony population size. Illegally abandoned cats in collaboration with attractant of TNR colony food supply outweigh any loss to the population due to death or success from adoptions (Nutter 2005). Additionally, outdoor feeding stations for feral cats can be a potential mechanism for disease transmission.

Feral cats threaten the health and safety of Maui’s citizens. Toxoplasmosis (Toxoplasma gondii), a disease caused by a parasitic protozoan depends on cats to complete its life cycle, and is a growing health concern for numerous reasons. Up to 74% of cats will host this parasite in their lifetime and the infectious eggs, spread through cat feces, can infect humans and other wildlife. Infected feces are often found in public areas, and persists in and contaminates our watersheds, sources of water critical to humans and wildlife. In humans, this parasite is linked to a range of health issues including schizophrenia and Alzheimer’s and even sudden abortion or fetal development defects for pregnant women and their unborn children (Torrey and Yolken 2003). Toxoplasmosis has already contributed to documented deaths of our endangered Hawaiian monk seal and Nēnē (Hawaiian Goose) (Work et al. 2016).

The overall health and safety of Hawai’i’s threatened and endangered native wildlife populations continue to decrease due to depredation by feral cats. In August 2017, three pairs of breeding water birds, the `Alae `Ula (endangered Hawaiian Common Gallinule), were attacked and killed by the same feral cat while sitting on their nest in the National Wildlife Refuge on Kaua’i, leaving the nine remaining eggs and two hatchlings to die. The death of these 17 `Alae `Ula are devastating not only to ecosystem health, but to the preservation of the Hawaiian culture, whose legends state that the `Alae `Ula brought fire to the Hawaiian people.

Although some cats are sterilized through TNR, well-fed cats still kill birds and other wildlife, and are known as subsidized predators that kill not for food but likely because it is instinctual. Globally, a study by Doherty et al.(2016) reported that feral cats alone have contributed to 63 species extinctions worldwide, and this will be no different for Hawai’i if we continue to let management strategies such as TNR and supported cat colonies persist. Winter (2004) outlines several examples in which the return of native bird species was a direct result of the removal of cats and feeding stations eliminating or nearly eliminating local cat populations.

TNR is costly, oftentimes more so than euthanasia and adoption. The Wildlife Society (2011) highlights two studies demonstrating the combined cost of feral cat trapping, adoption and euthanasia versus the solo cost of sterilizing cats. In Ohio, 2,500 cats were trapped in public parks, 500 of those adopted, the remaining 2,000 euthanized, and the total project cost was $27,000. In California, Maddie’s Fund would cost nearly $30,000 to sterilize just 500 cats, that’s not including shelters and feeding, treatment, and additional re-abandonment efforts or population monitoring that occurs after sterilization. TNR will remain a long-term cost that is often voluntary or understaffed and typically has no long-term monitoring, resulting in inconsistent population estimates for feral colonies.

Lastly, a published, scientifically researched survey by Lepczyk and Rubinoff (2016) demonstrates that majority of Hawai’i’s residents, including animal welfare members, are over 85% in support of a reduction in the feral cat populations. Amongst surveyed stakeholders that feed feral cats, 67% want to see a reduction in feral cat numbers, 27% favored no change, and overall none favored an increase. Beyond feral cat population reduction, this survey also found that of several available feral cat management techniques outlined, including lethal options, the public considered TNR as the least acceptable form of management.

Overall, TNR fails at removing cats from the landscape, nor is it the most humane option for feral cat management. TNR and the feeding of feral cats leads cats to a life filled with inhuman conditions, poses serious health risks for humans and wildlife, allows cats to decimate Hawai’i’s native endangered wildlife populations, is costly, and a large percentage of Hawai’i’s stakeholders do not support the technique or the cat populations it continues to support. 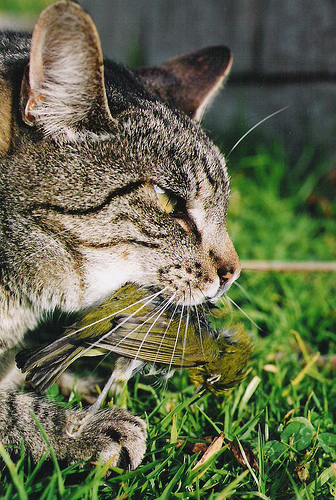 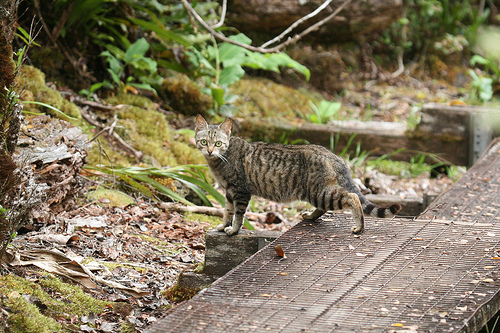 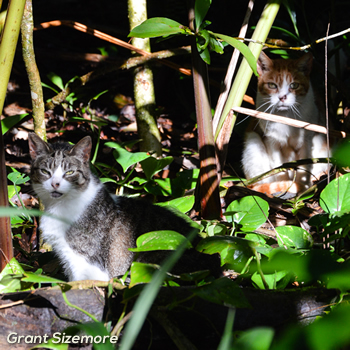 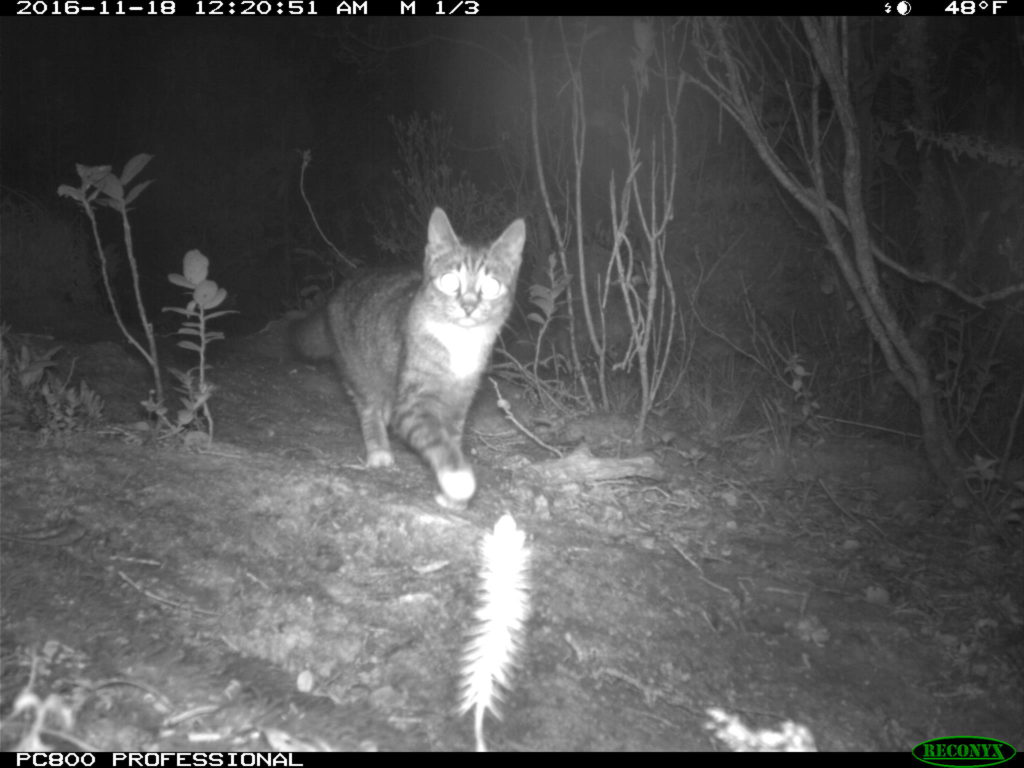