OUR MOST RECENT EXTINCTION

The history of this cryptic Hawaiian honeycreeper is a brief and tragic one. In 1973, a small group of researchers from the University of Hawai’i made a surprising discovery in the remote mountains of Haleakalā: a new species of bird unknown to historical collectors or Hawaiian oral tradition. Representing a monotypic genus, the new species was eventually given the name Po’ouli, which means “black-faced” in Hawaiian.

Not much more was learned about the Po’ouli for another decade. A 1980 survey of the birds of the Hawaiian Islands estimated the Po’ouli population at 140, but that was based on a few sightings (Scott et al. 1986). Anecdotal observations suggested a decline in the Po’ouli population due to increasing habitat damage by feral pigs (Mountainspring et al. 1990), including a 1988 survey that revealed the Po’ouli had disappeared from its westernmost range due to pig activity (Engilis 1990). From dietary analyses, it was determined that the Po’ouli was unique in the Hawaiian honeycreeper lineage as it relied predominately on native land snails for food (Baldwin and Casey 1983). In 1986, the first two nests of the Po’ouli were found high in native ʻōhiʻa trees – the only ones ever discovered. These nests were studied intensively and one fledgling was reared from the second attempt (Kepler et al.1996).

In 1986, the first step for the preservation of Maui’s endangered forest bird community was taken when a 3,000-hectare portion of the Ko’olau Forest Reserve was designated as the Hanawi Natural Area Reserve. Containing the highest densities of native birds on Maui, the upper forests of Hanawi were fenced in 1991 to exclude feral pigs and allow the understory to regenerate. Due to a lack of funds, little research was done in the Hanawi area until the mid-1990s.

A “rare bird search” for all of the critically endangered forest birds in Hawai’i was initiated in 1994. These searches detected fewer than ten Po’ouli remaining in Hanawi. By 1997, only three Po’ouli could be found. They were thought to be located in three geographically separate home ranges in the Hanawi Natural Area Reserve (Baker 2001, Reynolds and Snetsinger 2001). The three known Po’ouli were all captured and banded in 1997 and 1998 verifying three different individuals in three different areas. Despite many hours in the field searching, no more Po’ouli were found. In 1998, experts around the world were consulted to implement a recovery plan. Many recommended a predator control program be initiated and a grid system was set up to do that.

When the three remaining Po’ouli were captured for banding, feather samples were taken for DNA analysis. Several labs were consulted for sexing, however without a known DNA library to reference for this species, conflicting results were returned. Only one lab was confident stating that the remaining Po’ouli were two females and one male, meaning that hope for the recovery of the species remained. In order to save the Po’ouli, the first goal was getting the birds to produce young. The last known breeding occurred in the 1994-1995 seasons, as immature birds were seen with adults.

The first step in producing young was getting the birds together. It was decided that the safest way to do this was to translocate one of the females across the mountain into the territory of the male. Trial runs with Maui ‘Alauahio were performed in 2001, to determine the best method of transport by examining the stress levels of translocated birds. In early 2002, the translocation was given the go-ahead and in April of that year the team successfully translocated one female Po’ouli. The bird was captured in Home-Range 1 (HR1), put in a transport container and hiked for 1 1/4 hours across the mountain to Home-Range 3 (HR3). When it arrived at HR3, a transmitter was attached to the bird and it was given food and monitored until the end of the day. Near dusk, the bird was hiked to a spot where the male had been seen in previous days. The hope was that the female would roost in the male’s territory and then meet up with him the next day. The next morning, the team radio-tracked the bird as she began the day in the male’s territory. Radio signals observed the female slowly making her way back across the mountain to her own home range. The production of a pair did not occur.

In June 2002, another decision was made. This time it was decided to bring all three remaining birds into captivity at the captive-breeding facility in Olinda, Maui run by San Diego Zoo Global.

In September 2004, the male Po’ouli from HR3 was captured and transported to the Maui Bird Conservation Center. The male was a very old individual with only one eye. On November 26, 2004, despite attempts to help the bird, he died. Coincidentally the other two individuals, believed to be the only remaining Po’ouli in the world, were last seen during this same period and then were never seen again.

For further information on the Po’ouli story, consider reading:

Powell, Alvin. 2008. The Race to Save the World’s Rarest Bird: The Discovery and Death of the Po’ouli. Mechanicsburg, PA: Stackpole Books. 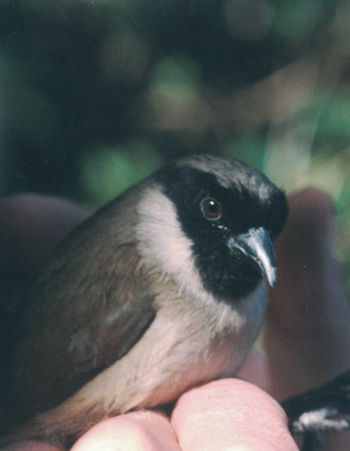 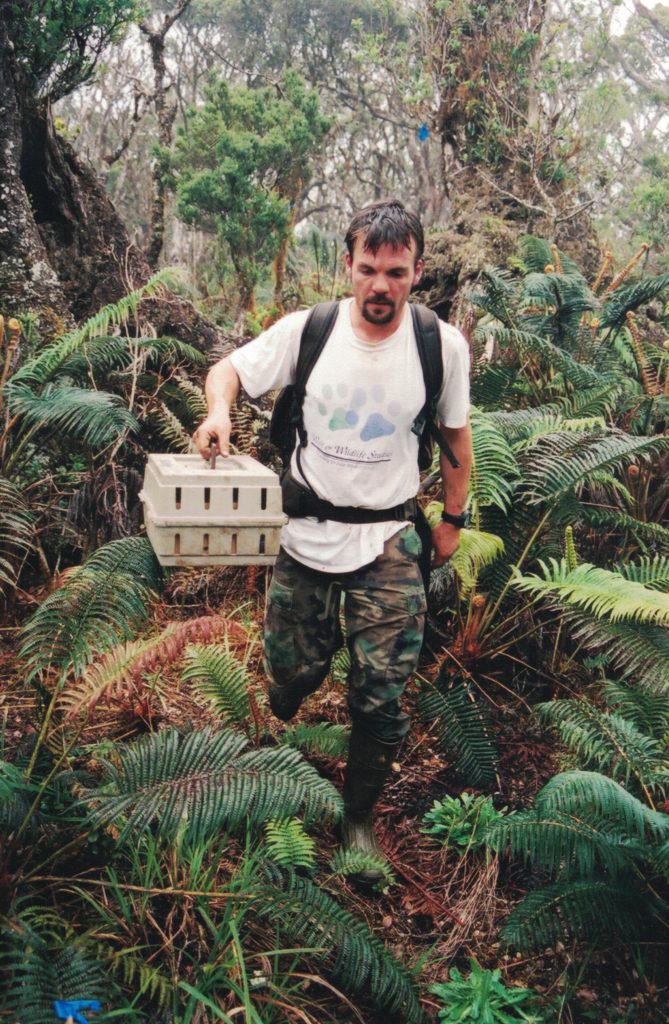