Effects of Invasive Diseases on Birds in Hawaii

A Bane for Hawai’i’s Forest Birds

Hawai’i’s native forest birds evolved in isolation over millions of years. This led to one of the most spectacular examples of adaptive radiation the ornithological world has ever seen. Hawai’i’s native birds evolved in the absence of many of the threats that are now present on the islands. The evolutionary processes that shaped Hawai’i’s avifauna left it extremely vulnerable to disease. With no evolutionarily acquired defenses, two diseases, Avian Malaria and Avian Pox, have spread and are implicated in the extinctions, range contractions and declines of many native Hawaiian forest birds.

It is unclear when or how these diseases first appeared on the islands. It is thought they were first introduced with the importation of non-native bird species, but it may also be that they were present on the islands at a low level with migratory seabirds, shorebirds and waterfowl. However, without an effective vector, these diseases did not pose a threat to Hawai’i’s native forest birds. That all changed with the relatively recent introduction of mosquitoes.

Mosquitoes and the Hawaiian Islands

Before humans arrived on the islands, there were no mosquitoes. By the mid-1800’s however, mosquitoes were firmly established throughout the archipelago introduced inadvertently through human activities. Of these, the southern house mosquito (Culex quinquefasciatus) is the greatest threat to Hawaiian birds. Introduced in 1826, it is the primary vector of Avian Malaria and Avian Pox, and is implicated in the decline and extinction of many native forest birds.

Most of Maui’s native forest birds have existed where mosquitoes do not; high elevation, northeastern slopes of Haleakalā above ~4500 feet (the “mosquito line”). This is because mosquitoes cannot survive the cool climate at these altitudes and the parasite (Avian Malaria) cannot develop in its vector.

Kiwikiu and ‘Ākohekohe once occurred throughout low and mid-elevation forests on Maui. They are now extirpated from these habitats and restricted to just a tiny fraction of their historic ranges due to these mosquito-vectored diseases. Although a large amount of suitable habitat still exists below the “mosquito line” it has been rendered almost completely uninhabitable to native birds. Those that wander below this line will most likely become infected and die. With the looming threat of climate change and projected temperature increases,  the mosquito line is moving to higher elevations, further constricting the already limited range of Maui’s native forest birds.

Avian Pox Virus was first documented in forest birds in 1902. Mosquitoes spread this viral parasite, but direct contact between infected birds, contaminated surfaces, and contaminated food and water can also spread the disease. Symptoms include swollen, tumor-like lesions on unfeathered parts of a bird’s body, such as the feet, legs, eyes, and base of the bill. The virus also causes lesions in the mouth, trachea, esophagus, and lungs. Lesions often cause birds to have difficulty with eating, finding food, and flying. Infected individuals who have not succumbed to the disease may be weak and emaciated making them susceptible to depredation.

Avian Malaria was first detected in Hawai’i in the 1940s and is caused by the unicellular microorganism, Plasmodium relictum. It is spread by non-native mosquitoes. The disease causes birds’ red blood cells to rupture, causing low blood oxygen levels. Hawaiian honeycreepers, with no immunity to the disease, rapidly become anemic and lethargic and die. The disease also causes enlargement of the liver and spleen.

Disease Control and the Future

Both diseases are very difficult to manage. There presently is no feasible treatment or vaccines to control these avian diseases. The most important disease control methods currently are to limit mosquito populations, which can be difficult. Control programs need to be innovative, cost-effective, environmentally safe, and sustainable.

The continued viability of our native forest birds depends on the preservation of their habitat, vector eradication, public outreach and education, vigilance in anticipation of future diseases or population declines, continued research on the native birds and their habitat, and continued laboratory research into innovative disease control methods. 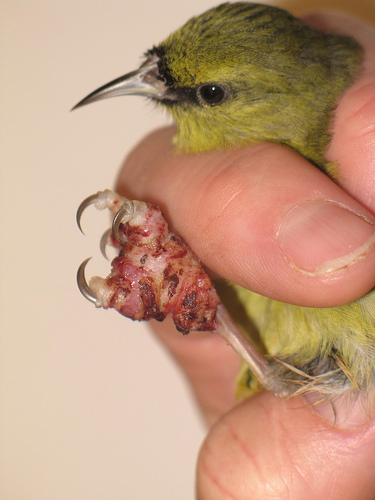 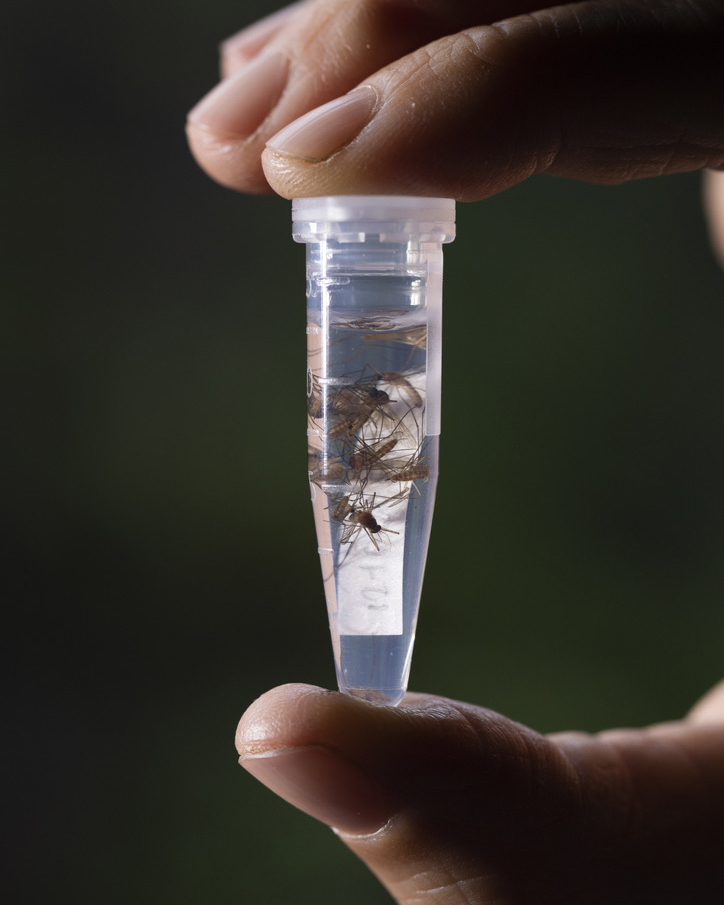 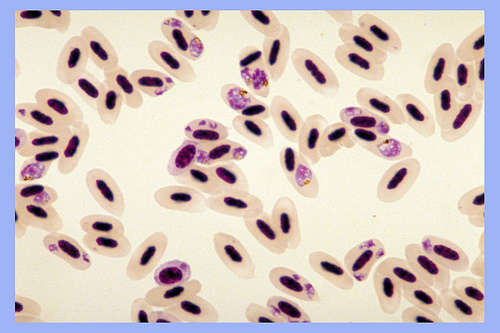 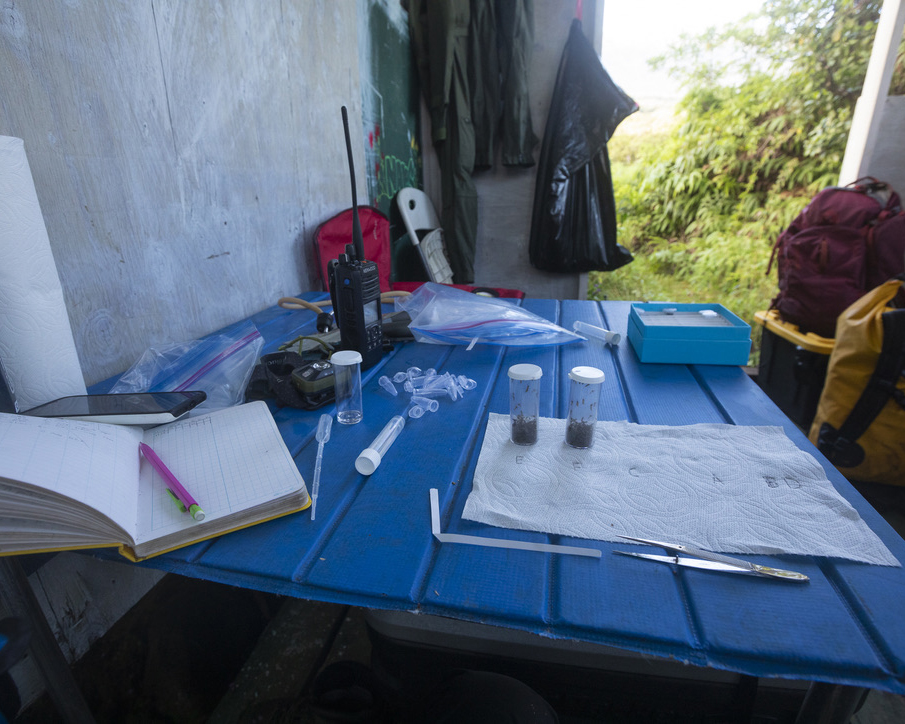