During their first voyage to Hawai‘i in 1778, Captain Cook presented goats and pigs as gifts to native Hawaiians. In 1793, Captain George Vancouver gave a few cows to Kamehameha I as a gift. To foster the burgeoning cattle population, Kamehameha I instituted a kapu on killing cows. This kapu was in place until 1830 when the population had grown so large as to become a nuisance. Huge swaths of mesic forest on the leeward slopes (west- and south-facing) were cleared to harvest forest products and for ranching activities in the mid- to late 1800s. By 1900, large herds of wild cattle were present on the south slope of Haleakalā and territorial foresters commented on the devastating effects these animals were having to the remaining forest. Control of feral cattle began in 1830 through hunting, round-ups, and fencing. However, ranching activities and feral ungulates continued to erode the forest throughout most of the 20th century.

The long-term protection and restoration of many native forests is contingent on the removal and/or control of feral ungulates. Believe it or not, the descendants of the cows given to Kamehameha still live wild in the Kahikinui region of Maui. We call these animals “feral” but given the number of generations since captivity, these animals are truly wild and can be quite dangerous to humans. Massive herds of goats roam these slopes throughout the forest. In 1959, a few axis deer were introduced to Maui and their populations have skyrocketed, now numbering > 50,000, and are spreading into upper elevation forests. However, these animal’s days of munching the native forest unabated are numbered. Significant control measures for all ungulates began in earnest in the mid- to late 1900s and hundreds of miles of fences have been installed to protect remaining native forest. These efforts continue today and new fences go up every year. In the next few years the vast majority of the remaining leeward forest band in Kahikinui and Nu‘u, including Nakula NAR, will be fenced and can finally begin to recover from over a century of damage. 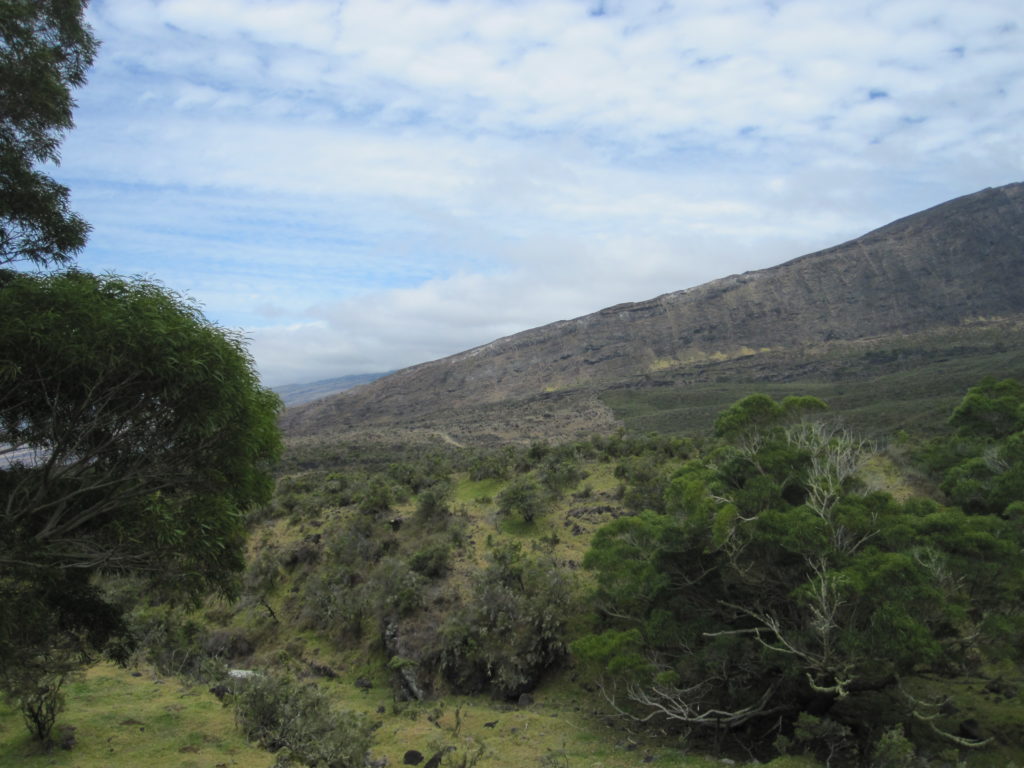 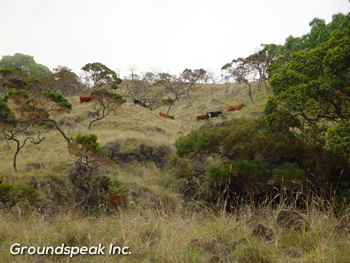