Informative articles that have been specifically written for MFBRP by volunteers and professional freelance writers.

Seidl, Christa. 2014. Wildfire on Leeward Maui: A Hot Conservation Threat. University of Hawai’i Maui College. Poster Presentation. Inspired by the fencing of Nakula Natural Area Reserve and MFBRP’s Kiwikiu reintroduction plans, Christa Seidl’s poster presents a GIS analysis of the history of wildfire and future fire threats for leeward East Maui, considering a number of environmental factors, past fires, fuel loads, land use, municipal facilities, and land cover. In particular, the report focuses on the risk past fires have posed to “valuable lands” which are defined as the state’s reserves and parks such as Nakula NAR, and Hawaiian Homelands. The resulting maps are meant to provide land managers, Maui county, and other interested parties with valuable information to better protect Maui’s endangered species and natural resources. About the author: Christa Seidl worked for MFBRP as an AmeriCorps intern for two years. She did the above research for a GIS course through the University of Hawai’i-Maui College.

Smith, Michelle. 2015. Range of Educational Outreach Obtained by Conservation Organizations. University of Hawai’i-Maui College. Poster Presentation. About the author: Michelle Smith worked for the Maui Bird Conservation Center, helping to breed endangered birds in captivity. She is now working on GIS projects after receiving her GIS certificate through the UH-Maui College course.

Hunt, Gemma. Maui’s Changing Landscape and Ecosystems. Freelance article. All opinions and facts in this article were researched and written by Gemma Hunt.

The landscape of Maui is under threat. This is a statement that could easily describe any landscape in the world in the 21st century. Each will have its own particular story, which would describe how it is threatened from a complex mix of problems brought about by natural changes as well as man’s exploitation. All we can do is make a commitment to conserve what is good, to repair damaged ecosystems, and to live more in harmony with the land so that it remains productive and healthy. This is the philosophy behind the long range Maui Island Plan, drawn up by the County of Maui Planning Department after five years of consultation with the island’s residents. Its aim was to find out what the people needed and wanted, their fears, their dreams and how these could be incorporated into a general policy plan, looking ahead to the year 2030. [1]

When considering the Maui Island Plan, the main concern of most Maui residents is that the island’s characteristic mix of small towns and open countryside is maintained, while also ensuring that quality of life in the larger urban areas does not suffer. These two goals might appear to conflict with one another. However, for example, the town of Kihei has grown rapidly since 2007. To ignore the fact would be unrealistic. Factoring in the needs of urban areas in any environmental policy should enable a proper balance to be achieved, although the fight for recognition of Kīhei-Mākena’s natural gulches and forest areas as “sensitive lands” and protection of the Palauea and Kama’ole dryland forests has shown how valuable areas of natural landscape can be overlooked in any development plan. [2]

Prior to the first contact between Hawaiians and Europeans, the Hawaiian culture had a distinctive system of land use that did not include private ownership. Land was divided into long sections or ahupua’a, which ran from the sea to the mountains, each division ensuring that no single piece of land was better or worse for cultivation than the next. The size of each ahupua’a varied, with larger ahupua’a compensating for relative lack of natural resources. These were subdivided for cultivation by individual families, but in harmony with the concept of the self-sustaining parcel of land, which put into practice the native Hawaiians’ emphasis on the interrelationship between land, the elements, man, nature and the seasons. [3]

European influence was destructive, bringing infectious diseases that severely depleted the native population, new ideas about land ownership, and increasing demands on the island’s resources. In the early 19th century, the sandalwood trade put pressure on the natural forests and diverted many people from food production. This trade ceased when all the sandalwood trees had been cut down. The demand to take on supplies by increasing numbers of ships visiting the islands further depleted native food stocks, which resulted in the famine of 1810. The result of all these pressures was that within fifty years of the first European landing on Hawai’i, its culture, population and landscape had been irrevocably damaged. [4]

This process continued with European settlement and the introduction of new crops and livestock that put further pressure on the land and native species. Through necessity, in this small island environment, the native organic agriculture was perfectly suited to the environment, sustainably exploiting a huge variety of plant species for both food and medicine, and adapting methods of cultivation for different habitats, altitude and weather conditions.

In contrast, European and later U.S. influences brought land clearances and cash crop monocultures. This philosophy of exploitation that is insensitive to the natural environment continues today with the unregulated, rapid increase in the use of genetically engineered (GE) crops. [5] All GE plantings are necessarily experimental. They threaten the stability of Maui’s agricultural economy and could irreversibly damage the ecosystem in unpredictable ways. Because they are herbicide-resistant, GE crops promote the indiscriminate use of herbicides, which damage the fertility of the soil, poison wildlife and get into the drinking water. Maui’s groundwater is already significantly contaminated in some areas where conventional pineapple growers have used pesticides indiscriminately, and planting GE crops would only exacerbate the problem. Experimental GE crops have also been used to test whether they can effectively deliver pharmaceuticals through food products. [6] Although U.S. Food and Drug Administration (FDA) regulations do not permit foods adulterated with potentially harmful pharmaceutical proteins, there is still a risk of pharmaceutical contamination of the land and water sources in Maui by unregulated commercial agricultural companies using GE crops. [7]

The natural volcanic landscapes of Maui, the beaches, forests and waterfalls, are spectacularly beautiful. Look beyond the tourist views and you’ll find a landscape that is under pressure on all sides, sometimes with subtle effects caused by changes in average rainfall and lowering groundwater that can be seen only after years of observation, or more obviously with the invasion of alien plant and animal species, which can have a devastating effect on native species. [8] Invasive alien species can affect commercial exploitation of natural resources, such as the Maui black coral fishery, which was sustainably exploited up until the mid-1970s, but is now in danger of becoming unsustainable for several reasons: the pressure of over-harvesting, particularly on small colonies of the two black coral species, the growth in popularity of black coral jewelry, and the invasion of the alien Carijoa riisi overgrowing the black coral’s habitat. [9]

Three quarters of U.S. extinct birds and plants lived on the Hawaiian Islands. The distortion of ecosystems when dominated by alien invaders threatens the habitats of our surviving indigenous species. Vital efforts to halt this process by organizations such as the Maui Forest Bird Recovery Project (MFBRP), the Maui Invasive Species Committee (MISC) and the Hawaiian Invasive Species Council (HISC), which provides state government leadership, has ensured that imminent threats can be dealt with quickly, although the challenge remains: new species arrive on the islands almost daily, and the threat to Hawai’i’s delicate ecosystems is constant. [10] 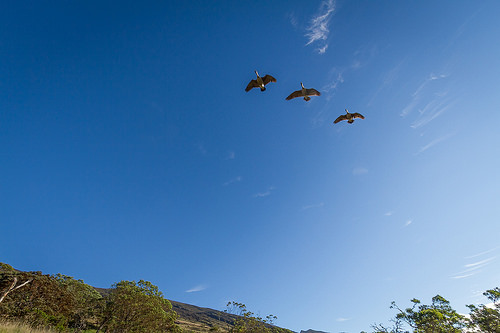 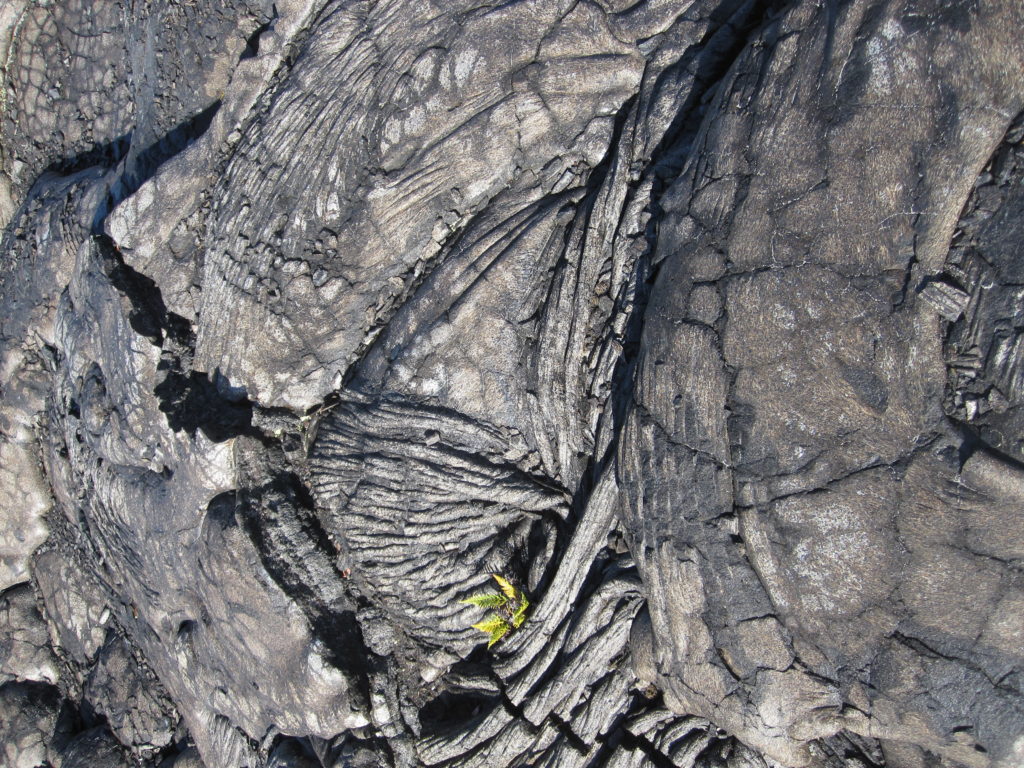 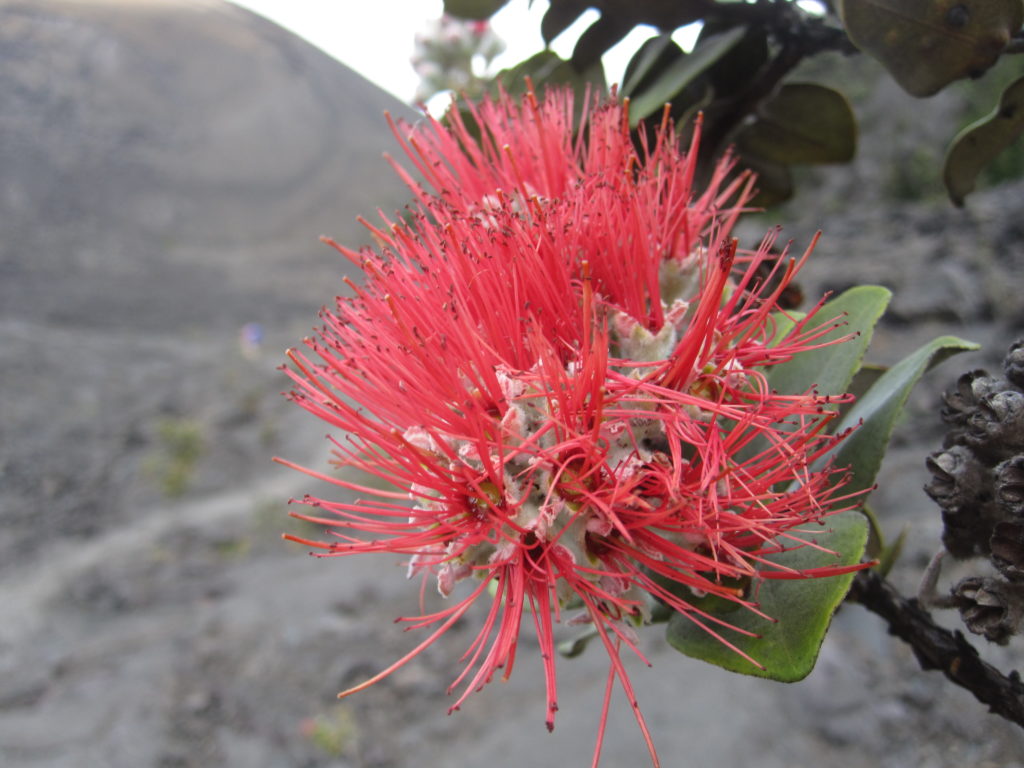