Specific genetic techniques are used to assess the genetics of a species regarding specific conservation issues as well as general population structure. This analysis can be done in two ways, with current DNA of individuals or historic DNA. There are many techniques for analyzing the differences between individuals and populations.

Maui Forest Bird Recovery Project used microsatellites and mtDNA sequence data to analyze the current and historic population structure and diversity of the Kiwikiu (see Spatial genetic architecture of the critically-endangered Maui Parrotbill (Psuedonestor xanthophrys): management considerations for reintroduction strategies). These techniques provide information on the current diversity structure in the wild population and can be used to design knowledgeable management decisions for this species in the future. 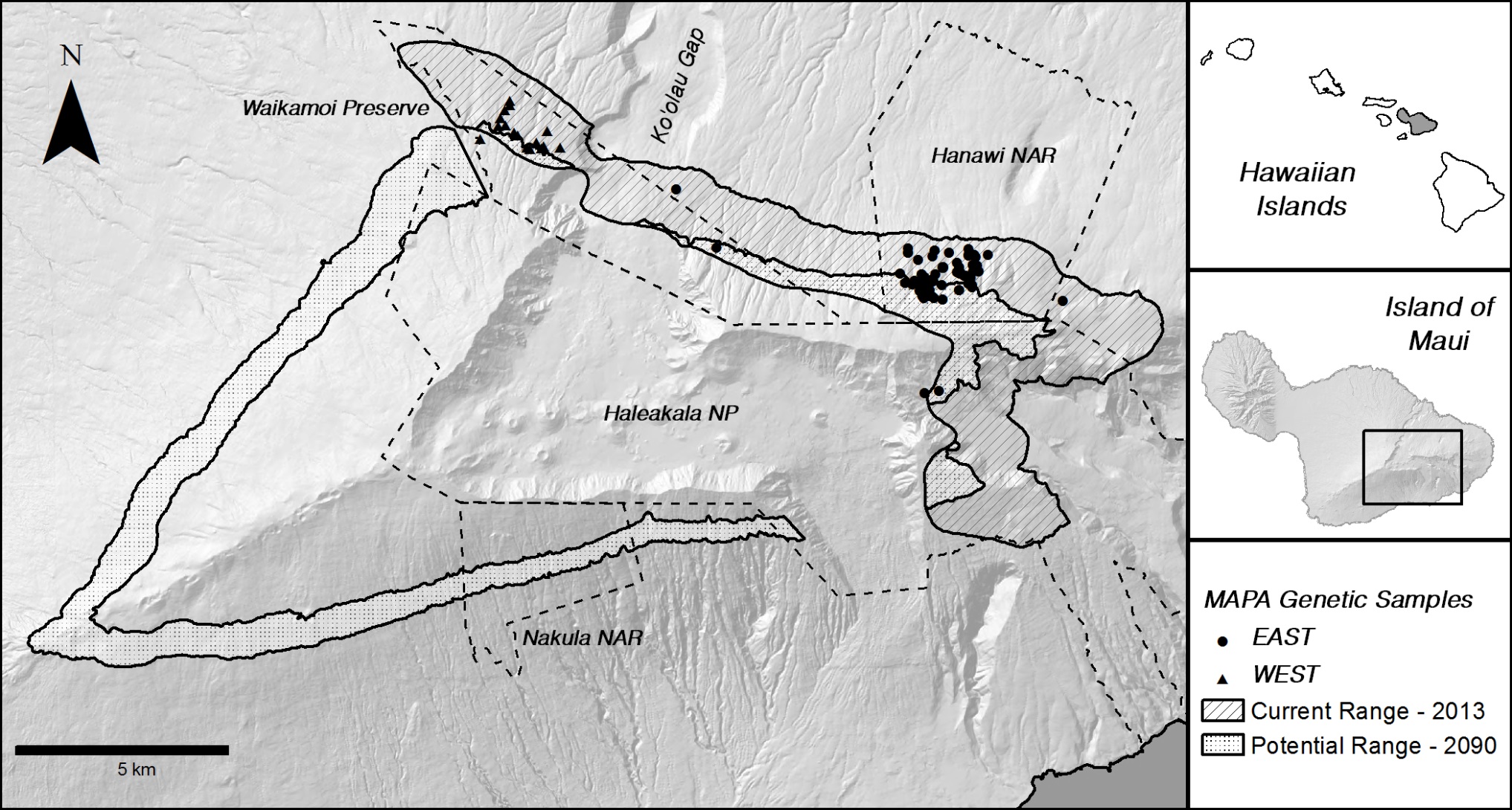 This work was done in collaboration with UH Manoa in Hawai’i and University of Kent in the UK, if you are interested in becoming an MFBRP graduate student, please visit here.